We are four women who are passionate about empowerment for girls. We see education, health care and financial independence as a human right and we want to offer these rights to girls living in the slums of Nairobi. We all work on a voluntary basis and recieve no payments for work that we do for the project. We are committed to using all our funds for the people who need it the most. We believe that those of us living in a privileged position should be helping others to a better life and empowering girls can really make a difference to their lives and their childrens lives.

Fiona is an English native who has lived and worked in the Netherlands for the last 27 years. Before she arrived in the Netherlands she trained and worked as a nurse in England. She was passionate about her career and the people she cared for. After settling in Holland and fulfilling her interest in alternative health care, she trained as a Homeopath. She now works as a native speaker teaching English. She is very aware how much good health and a good education are so vital to living a fulfilled life and are basic rights which should be available to everyone.

In 2011 and 2012 Fiona and her family recieved visitors from the Mathare slums who were in Holland playing football with MYSA. Maqulate was one of those visitors and that’s how they met and formed a strong bond. These young girls really made an impression on her family and after they left Fiona and Maqulate decided to join forces and do something constructive to make a difference to girls lives in Mathare. Their combined talents and experiences mean that they are both strong minded and determined to achieve their goals and realise their dream of providing opportunities for girls who have very few.

The first time Maqulate left her birthplace Mathare, an expansive slum only a few square miles in an area that houses more than a half a million people in Nairobi, Kenya, she was only 16 years old and had learned how to read just three years earlier. She played football,  with a passion which led to her being chosen as a delegate of a sports association that organizes leagues for the children of the slum to do a presentation at a conference on women’s participation and inclusion in sports in Zambia. She was awed by the opportunities at play that women had there.

Her slogan is, “sports is Peace, which has no barriers, knows no race, background or gender.” Sport, became a tool that drew Maqulate out of her home from the informal settlements in Nairobi where extreme poverty, hunger and AIDS are an epidemic and where young people turn to substance abuse, early marriages and prostitution in the absence of better options. She turned to football, and it set her on a path to literacy, employment and a position as a respected mentor for other girls. Now Maqulate is helping girls in Mathare with the use of sports as a leverage to a better life.

Within four years, Maqulate graduated from High school and took up a job with the Mathare Youth Sports Association – MYSA, a sport for development organization that empowers young people through sports. Maqulate continued refereeing, training girls on psycho-social issues which affect girls and training other women to be referees. She became a CAF match commissioner and currently she is a Futuro III technical Referees instructor.

She worked as Manager of MYSA’s youth Rights and Protection project where she was involved with creating awareness on legal  rights, child abuse and neglect, networking and child safety. Also gender based violence, sexual harassment, rape and female genital mutilation (FGM). Maqulate has done outstanding work training MYSA staff annually on child protection policy and making sure that staff members adhere to it by signing declaration forms. She has held campaigns together with partners celebrating 16 days of activism and the day of the African child within the Mathare slums.

In 2014 Maqulate participated in the Global Sports Mentorship Program sponsored by the U.S. Department of State and espnW to pair emerging leaders from around the world with American female executives in the sports industry. Its goal is to create a network of women and girls whostrive to create positive change in their home countries through the power of sports. She was attached to Saatchi and Saatchi LA, a mentorship organization where she got an opportunity to interact with Oprah Winfrey, Evan Ryan (Assistant Secretary of State), Laura Gentile (President of EspnW) and Maria Shriver.

She has been running mentorship programmes for girls between 14 -16 years. Because of these efforts, she was recently invited to a forum where U.S President Barack Obama had a candid conversation with the Kenya Civil Society, at the Deloitte-run Young African Leaders Initiative (YALI) Regional Leadership Centre during his state visit to Kenya where the president addressed retrogressive culture that treats women as second-class citizens, the power of educating the girl child and employment of women to maximize their potential in a global economy.

She is now working with SWAGA and UNDP to promote Sports and Development and Peace in Marsabit County.

Maqulate has also recently gained a degree in Project Management which means she is more than capable of managing our Project and all our volunteers, to a high standard. 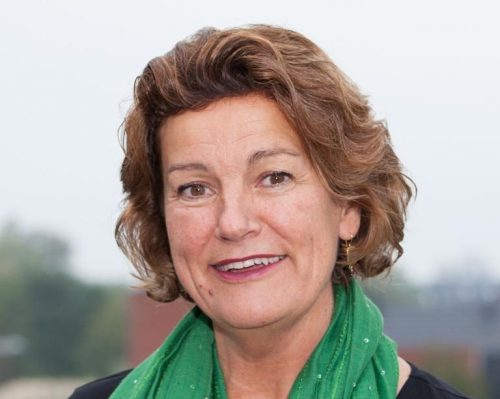 Elly was born and raised in the Netherlands. She studied Social Geography of de Developing World. “We in Western-Europe are so privileged, we have all the opportunities to lead a fulfilling life”.

Since 1988 she has worked with great enthusiasm in Secondary Education. She started as a geography teacher in Hoorn in the north of the Netherlands. In 2008 she became the principal of Vathorst College in Amersfoort, where she met Fiona. Now Elly is a principal at the Hyperion Lyceum in Amsterdam. She still likes to work in a team very much, enjoys teaching geography and is learning every day.

She totally agrees with Fiona that good health and a good education are vital to living a fulfilled life and are basic rights which should be available to everyone. That is why Elly fervently supports the Mathare Girl Power Project and what it aims to achieve. 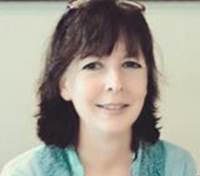 My name is Saskia Soetevent and Fiona and I are colleagues. I work as head Administrator for the Vathorst College in Amersfoort. Fiona has regularly asked for my help with administrative tasks based around her Mathare Girl Power project and this is how I became enthusiastic and involved in the project. What I am so enthusiastic about, is the fact that it is a small scale project aimed at helping girls to help themselves. Fiona’s passion and enthusiasm really touched me. So I didn’t hesitate when she asked if I would be willing to join the charity as a committee member. I believe that making small changes can lead to big improvements in the lives of young people and can offer them a better chance for their future . The Mathare Girl Power Project aims to do just that. I am looking forward to the challenge of working as a committee member and to help towards our goals and to show the world that a small scale project can set a big example.